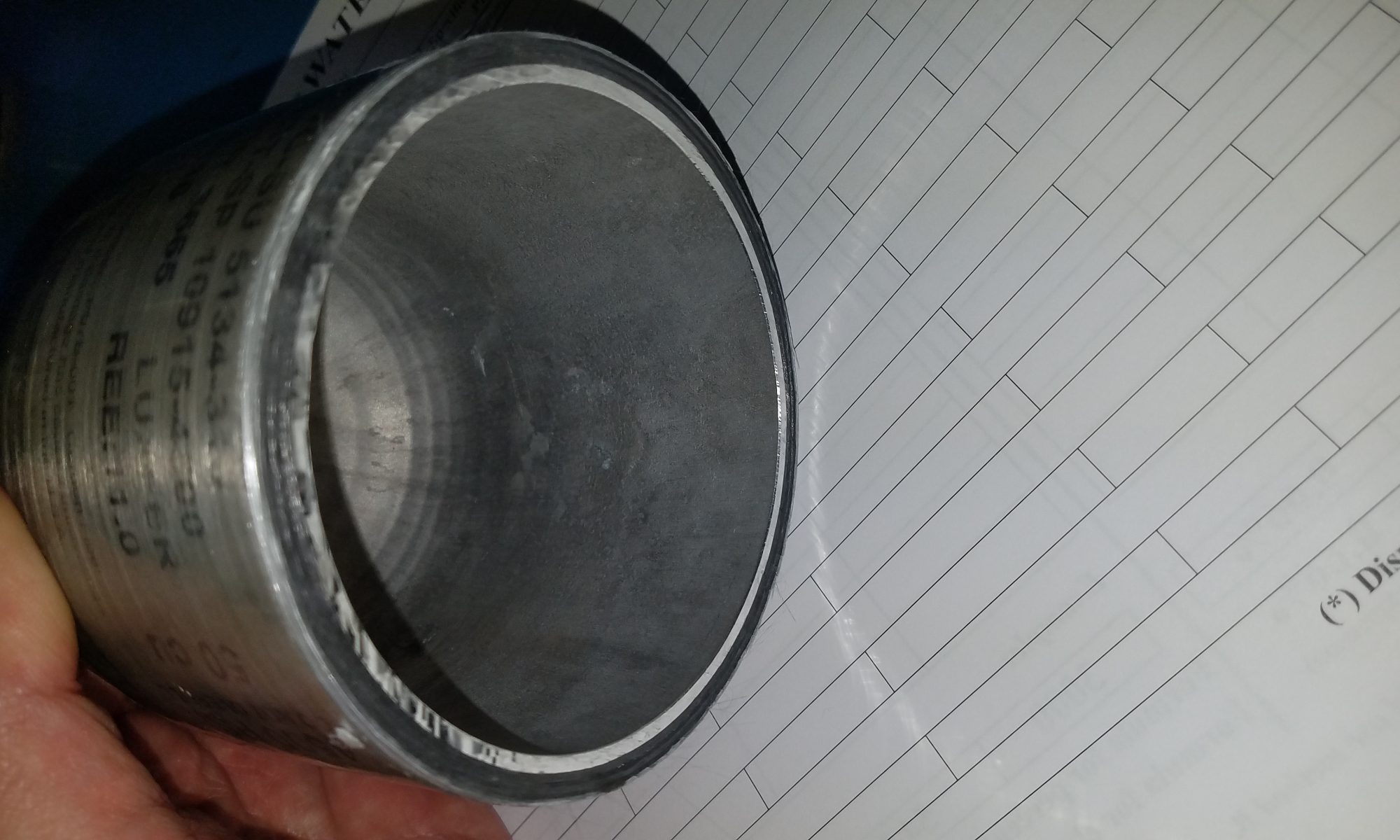 Tank corrosion can sneak up on you and ruin your tank.  We recently failed a fiber wrapped paintball tank due to internal corrosion that pitted the inside of the cylinder.  This tank was only 8 years old.

I may not look like much, but it was deep enough to cause a pin hole leak in the side of the tank.  That type of structural defect can lead to a much bigger safety issue.

What caused the pitting?  Most likely it was contaminates in the air as the tank was being filled.  If the air was properly filtered it most likely wouldn’t have occured.  It’s important that suppliers change their filters regularly to ensure the best quality air.  We’ve seen new economical pumps or compressors marketed to the home user to fill their own tanks at home.  Many of these systems have no real filter at all and many contaminants can find their way into tank causing damage over time.

SCUBA shops have been fighting corrosion since the beginning as salt is a major cause of pitting.  Paintball, airsoft, and PCP air rifle air suppliers are newer to this area and may have some catching up to do.  SCUBA shops require a visual inspection for internal corrosion yearly.  This catches the corrosion and halts it quickly before it has a chance to cause real damage.  Paintball, airsoft, and PCP air rifle customers typically only have their tanks inspected once every 5 years.  So that little corrosion that could have been rinsed out year one, couldn’t lead to a cylinder failure in year 8.

Consider the cost of more frequent inspections with replacing the entire cylinder and hopefully the cylinder will fail inspection before it has a chance to fail catastrophically in the field.

Paintball Hydro provides information about the importance of periodic testing for tanks.